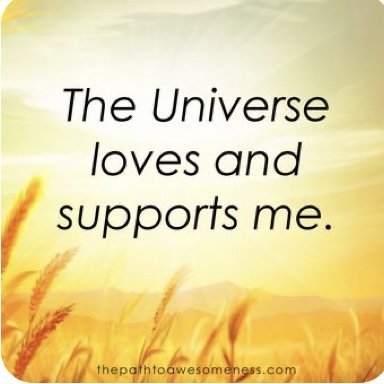 Those of you who know my story of healing incurable cancer are aware that I set the intention to heal and then allowed life and my intuition to show me how that would happen.  Day by day the lessons, learnings and healing took place and are still taking place.

I want to share with you my client’s experience (with her permission) that enabled a deep healing to take place for her.  This will give you an idea how you can allow the Universe to support you to heal.

My client (let’s call her Jane) had been a victim of sexual abuse and with my help she had done a lot of work on this.  She knew this abuse was at the root cause of why she created cancer, which she had now healed.

She also intuitively knew that there was more work to do as she felt she was unable to trust men to provide her with the love and nurturing that she desired.

So she set the intent to be ale to trust men and receive unconditional love from them.

A few days following she woke and her whole body ached all over.  (This can be a first sign of healing.  The blockages in the body created from suppressed emotions are being made known in order to be released – they are coming to the surface).  Jane was desperate to receive a massage but didn’t want to book and then wait.  She wanted one  now. She decided to follow the nudge that she was getting to go to the nearby Mall where she had recently noticed a Chinese Massage Shop.  This was out of the norm for Jane as she preferred massage in a quiet private environment with a familiar therapist who provided a gentle, safe, nurturing massage.

Her soul was encouraging her to go to the Mall (through her intuition) but fear was telling her this was crazy.  She would be uncomfortable and way outside of her comfort zone.

As Jane sat in the waiting room she struck up a conversation with anyone she could.  Prying them for information about their experience.  Everyone with whom she spoke conveyed that this was Chinese Massage and it wouldn’t be enjoyable.  It involved deep tissue work and it was painful.

Then her fear was confounded as a male therapist approached her and ushered her into the cubicle.  She had said to herself that she did not want a man to massage her and she was a rather perplexed that her prayer hadn’t been answered.

However, the Universe always knows best.

Trusting that she was being led by the Universe she informed the male therapist that she wanted a medium pressure massage and then she let go and surrendered.

Over the next 30 minutes she lovingly received what she described as the best massage ever.  The therapist knew exactly where to massage her and the perfect pressure.  She sunk deeper and deeper into a place of relaxation and trust as he weaved his magic.  The significance of the massage that Jane had received went much further than the physical relieving of pain.  Jane had followed her intuition to allow her to heal this aspect of herself that had shut down to receiving loving touch (non-sexual) from a man and the Universe had delivered.  Her whole body now knew what it felt like to be safe and nurtured by a man.  Jane had just experienced a profound healing.

This is what is known as ascension.  When we have an experience where we can let go of long-held beliefs and behaviours and healing takes place.  However, there can be after effects to such deep profound healing.  One of the effects of ascension is fatigue and this is exactly what Jane experienced.  The next day she could hardly move, not just feeling tired but complete exhaustion.  At the same time she felt an over-riding sense of calmness and peace.  This fatigue lasted for a few days and then she felt as if a weight had been lifted from her.

The reason why she was fatigued is because her physical body had actually released a blockage that she had held for many years and it takes a lot of energy for this to happen.  This is how emotional healing affects physical healing.  Jane was healing from the inside out.  Whilst recovering from emotional healing and experiencing ascension symptoms it is imperative to love and nurture yourself and rest as much as you can.  The less you resist and judge how you are feeling the quicker you will move through it.

There are many different ascension symptoms, fatigue is just one of them.

Why is this called ascension?  Because as these dense energies and blockages are released your vibration becomes lighter.  You are ascending into a place of being able to give and receive unconditional love AND this is where healing happens.

Are YOU ready to set an intent and allow your intuition to guide you to heal?

If you are needing support please reach out.